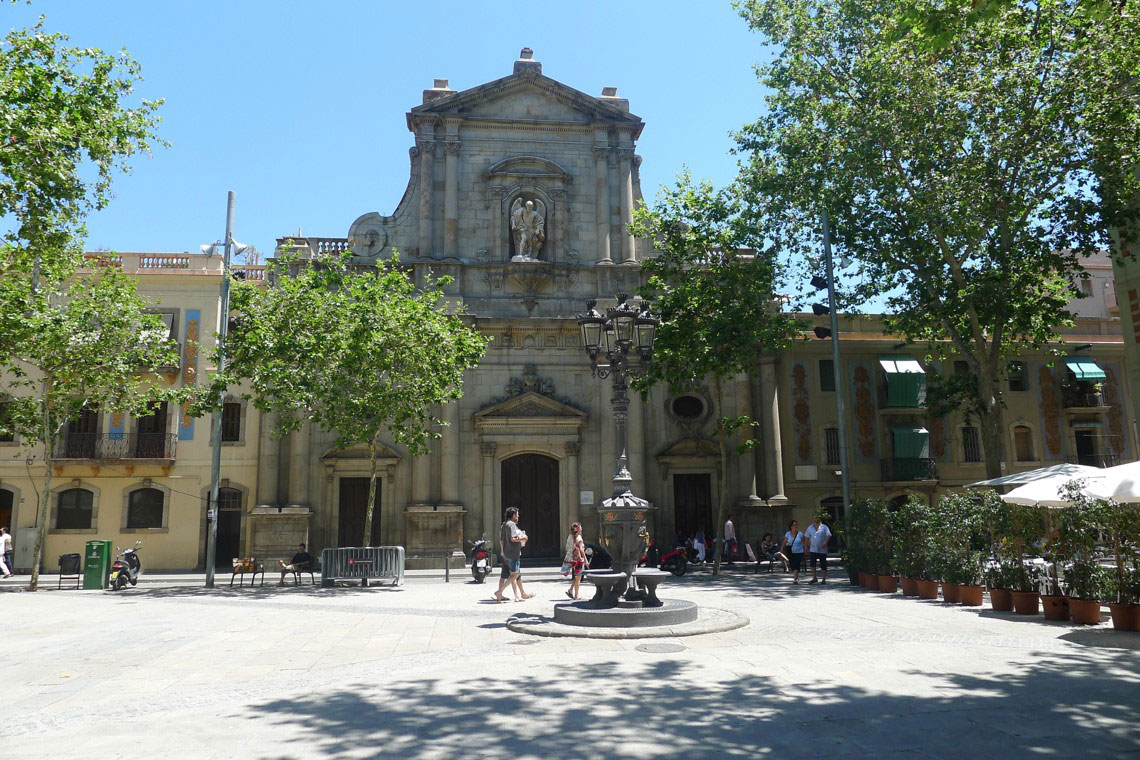 The church of Sant Miquel del Port was built between 1753 and 1755 by the architect Pedro Martín Cermeño. In 1863 the church was expanded in order to meet the needs of the rapidly increasing of local population. Till that time the church only had one floor because there was a restriction which said that buildings had to be low enough for cannon balls fired from the Citadel to fly over. It is for this reason that the upper floors were not build till late 1800s.

After that, the inside of the church has been renovated in 1912. Then, more recently, the statue of San Miguel has been rebuilt in 1992, after being destroyed during the Spanish civil war between 1936 and 1939, when the church was fired ruining the interior decoration.

Initially, the inside of the baroque church was a perfect square with a central dome located at the center of the church, with 4 columns that bear a kind of mitre in a form of a dome. However currently, after the expansion of the church occurred in 1863, there are three naves with a new dome.

The dome traction cracks appear because the material doesn’t work well in traction. These cracks have no influence in the structural stability of the dome.

The main reason for humidity is due to its location near the sea.