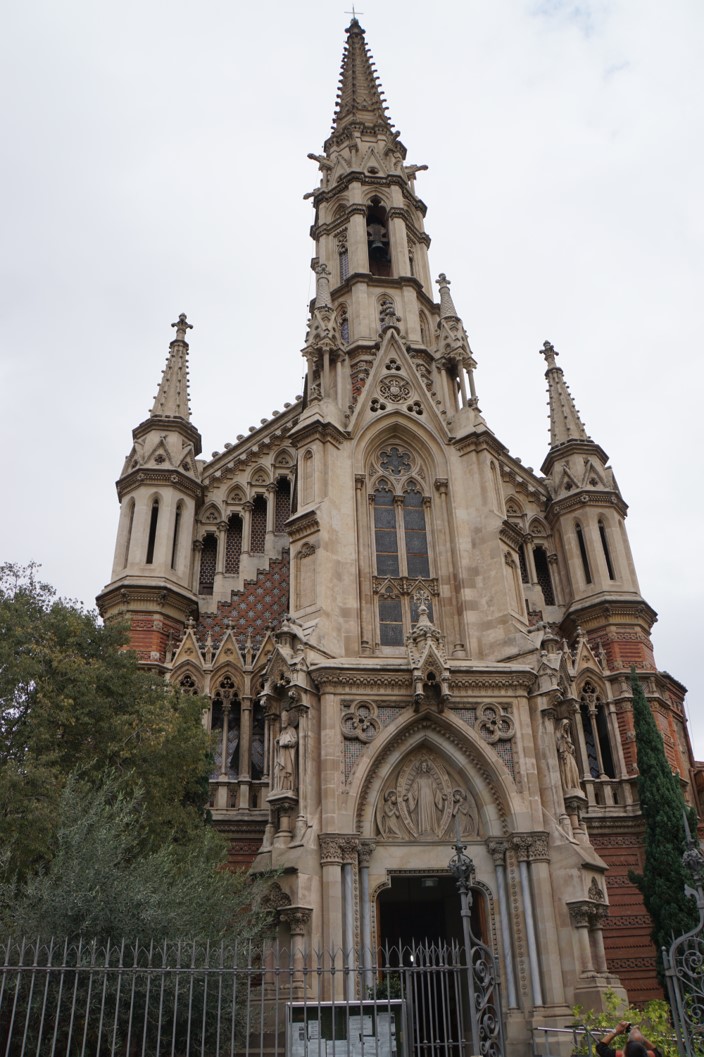 The parish of Sant Miquel de Sales was placed in the new free spaces habilitated after the 19th c. grid expansion of the city carried out by Ildefons Cerdá. The church is considered one of the finest Neo-Gothic structures in the city and it was designed by Joan Martorell I Montells, one of Gaudi’s teacher.

In 1874 the land was purchased on Passeig de Sant Joan and the construction began. The nuns were able to move into the monastery by 1878, but the church was not completed until 1885.

During the Tragic Week in 1909 and again during the Spanish Civil War in 1936 the nuns were forced to abandon the monastery and the church was sacked. In 1942 a new community took over the former convent and during that year there were undergoing some alterations in the building, but the most important was the demolition of the six small chapels and so, the church was turned into a structure of three naves.

In the sixties the monastery was turned into a public school. The church received just some minor changes on the outside during this period.

In the eighties the church went up on fire once more. Damage on the structural system was not visible. This time the main damage were the blacked walls and arcades. Because of that, the church got renovated in 1991.

The church is built in the Gothic Revival or also called Neo-Gothic style. Originally it was designed with one big nave and an additional 3 chapels on each side. The chapels were taken down in 1942 and nowadays the church has three naves which appear to one big nave. This makes the church to appear way more spacious. The inside is very typical for a Neo-Gothic church: arches, brick walls, wall paintings and religious statues characterize the interior.

On the outside there are three different materials visible: stone, brick work and pottery. The main tower of the church is placed above the entrance hall, surrounded with two smaller towers on its left and right side. The used materials of the church differ a lot compared to the surrounding buildings it can be easily seen that it is by far the oldest building in this area.

Most of the problems occur in the part of the church, where originally the six private chapels were located. Because of that, our first thought was that the causes behind those different problems could be the same. The cracks on the floor and on the arches are likely caused by soil settlement. Other problems like the moisture problem can have several causes like leaks in the roof or seasonal peaks of humidity in the church.