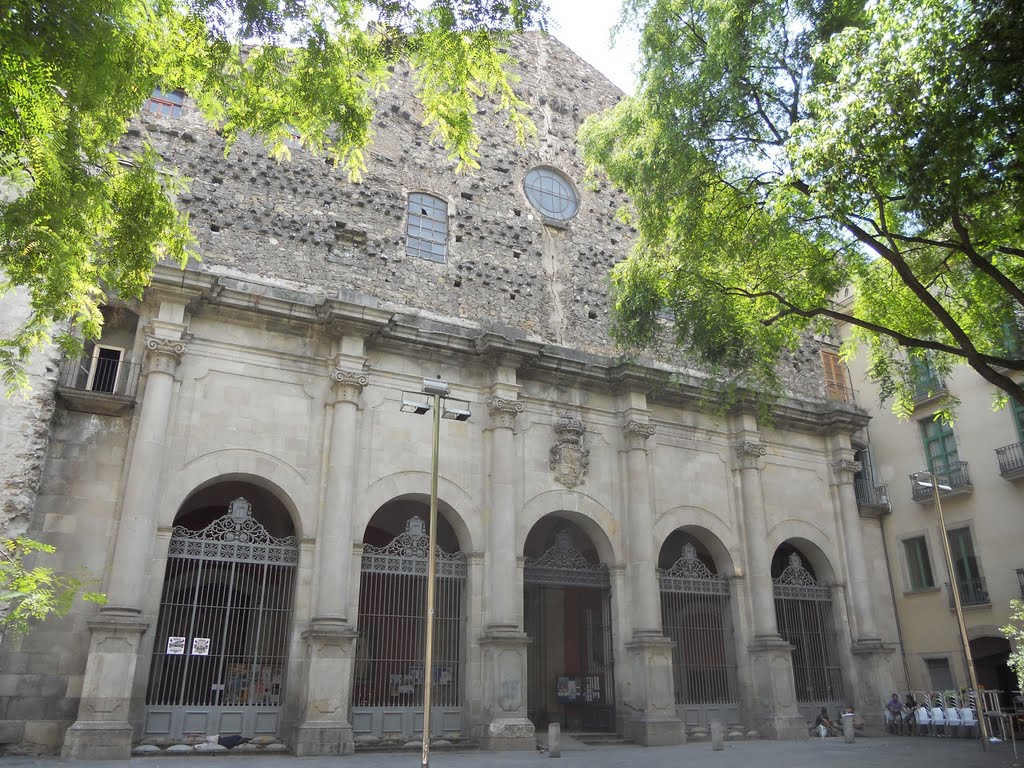 The Baroque structure that stands today was constructed by Pere Bertan at the beginning of 1728. The construction ended in 1750, however, the main facade was never completed. The apse and the transept where built between 1728 and 1731; and the nave between 1731 and 1739.

In 1739, the monks stopped the construction because they were not satisfied with the works. Seven wells were opened to inspect the depth of the foundations. They discovered that there was a great variability in the foundations’ depth. The experts deemed the church unstable and near collapse. However, the experts stipulated that reinforcing elements could be a solution to compensate the problems caused by the low quality of materials and that the foundations could be left alone since they believed the soil was solid enough to support the structure.

Between 1808 and 1814, during the French occupation of the city, the monastery housed soldiers and monks simultaneously.

During anti-religious violence in 1835, the church of Sant Agusti was burned as many other religious buildings in the city. In consequence, the west cloister was turned down.

The fence that created the patio at the north entrance of the basilica was demolished in 1855, and the new free area became the actual Plaça de Sant Agustí.

During the Spanish Civil War (1936-1939) a bomb was dropped in the northeast part of the church which destroyed the east lateral.

Saint Agustí church is a typical basilica construction, it is composed of three longitudinal naves, the transept and the choir. There are also lateral chapels at both sides called aisles.

In the main facade, it is observed that Portland cement was used to fill of the main crack as well as the keystone of the principal arch. The crack has opened again, suggesting that the problem is still active and it could be due to foundations problems.

Moisture problems concentrated in the chapels and the bases of the pillars in the interior have been tried to be repaired in recent years, but they have repeatedly appeared.