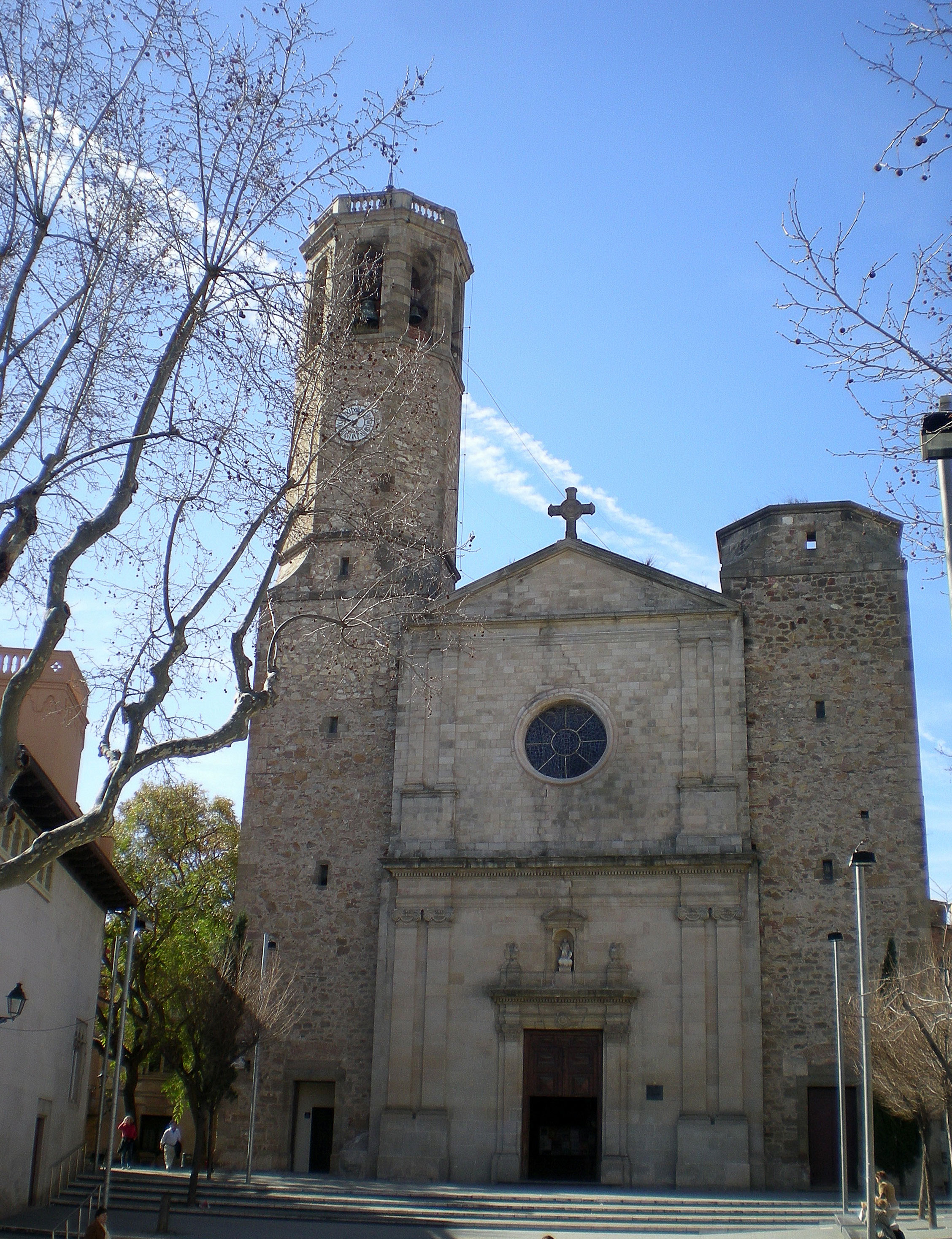 The current church of Sant Vicenç was built at the end of the XVIII century, partially, above the remains of the previous Romanesque (XI c.) and Gothic (XIV c.) temples (thus, even in the early years of the church, there was likely a different soil condition between different parts of the church).

The Romanic church existed since the XI c. Later, the church was substituted by a bigger one in a Gothic style in the year 1373. The construction of the actual building was built from 1784 to 1807 and the bell-tower was finished in 1818, according to a project of Josep Mas and Joan Fàbregas.

A lightning strike in 1838 supposedly produced some cracks in the tower and in the first bays. To address the unfinished state of the church (there is no right tower), a project of restoration was committed to Josep Artigas. The whole extent of that restoration is unknown but the lack of money was evident because the right tower still doesn’t exist today.

In 1918, with a new priest, some alterations were made such as the opening of new large windows on the walls of the transept (project by Enric Sagnier).

In 1936, during the Spanish Civil War, the temple was burnt. The building fully resisted but some damage appeared: two holes on the right facade and other localized damages.

Finally, during 1970, an important event that affected the church was the construction of the new line of the train (Rodalies) passing under the church.

The Neoclassical style temple of Sant Vicenç has one central nave and two lateral aisles divided into 6 bays. The first one is two-storied for the choir; the central four ones have little chapels; and the sixth one is a wide transept. The crossing is finished with a hemispherical dome. The magnificent presbytery is on a different level and connected to two big chapels.

The facade presents an elaborated decoration with a rose window in its central part, which is made of ashlar masonry with Montjuïc stone. On the left side, a bell tower of 44m is the most significant element. This tower and the lateral walls are made of rubble masonry with regular blocks on the corners. A gable roof covers the nave. Over the inner dome, there is a square cimborio with a tiled roof. Some measurements are:

It can be concluded that the overall structure is currently stable.  Many of the cracks observed do not compromise the stability of the structure to attain a suitable equilibrium such as the compatibility cracks that form under relieving arches or the cracks, visible from the interior, being formed as a result of the statically determinate behavior of arches under loading.

The fragmentation cracks on the front facade and on the lateral wall of the right hand side were most probably caused by settlement of the tower and the construction of the underground tunnel in the 70’s. Nevertheless, by simply observing the cracks, there are no indications that any of them are still active.